Poultry farming is defined as ‘raising different types of domestic birds commercially for the purpose of meat, eggs and feather production’. The most common and widely raised poultry birds are chicken. Around 5000 million chickens are being raised every year as a source of food (both meat and eggs of chicken). The chickens raised for eggs are called as layer chicken, and the chickens which are raised for their meat production are called broiler chickens.

Chicken farming mainly is done for meat and egg production. It can provide a source of income to the rural peoples, particularly the poorest families. In this course, we will study-

Chicken farming is quite profitable, in this-

Chiken farming in backyard of dwelling

You have studied the chicken farming with special emphasis on hatchery. You have also learnt about natural and artificial incubation. 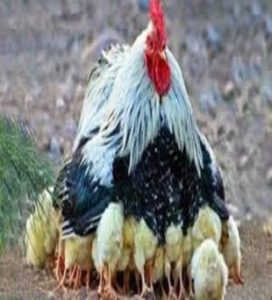